After a friend told me about their own SDR setups, I though I would take the sub $10 investment to have a tinker myself.

While I have never been into the HAM radio scene, at this low cost, having the ability to scan a wide range of frequencies via my desktop was enough to get my attention.

The two most common entry level USB's, commonly sold as cheap USB DVB-T dongles both sport a RTL2832U chipset, there are older references on the web to the E4000 Elonics Tuner, rare enough for an asking price 4 times what it was 24 months ago for the places that have stock, and the more common and newer R820T Tuner.

Alibaba has a ton of these, or at least claim too of which I got two of the variety below. Not sure of the exact sellers as I gave a few links to my Wife for birthday ideas as few months ago, though I know she got them from 2 different vendors

Some are boxed in the Digital Energy Branded Mini Digital TV Stick, sporting the text DVB-T+DAB+FM. 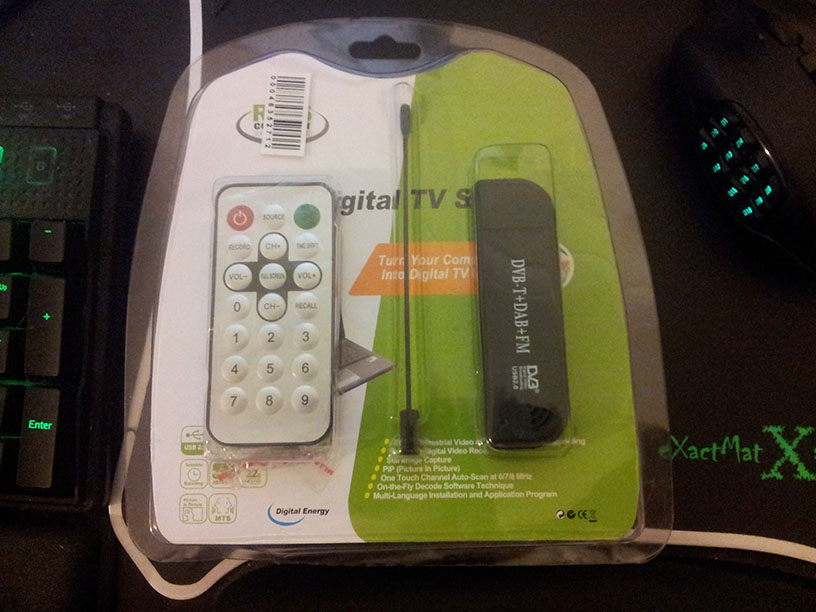 However, closer investigation shows this was in fact a R820T.

Here is the PCB, case & antenna of my Sticks 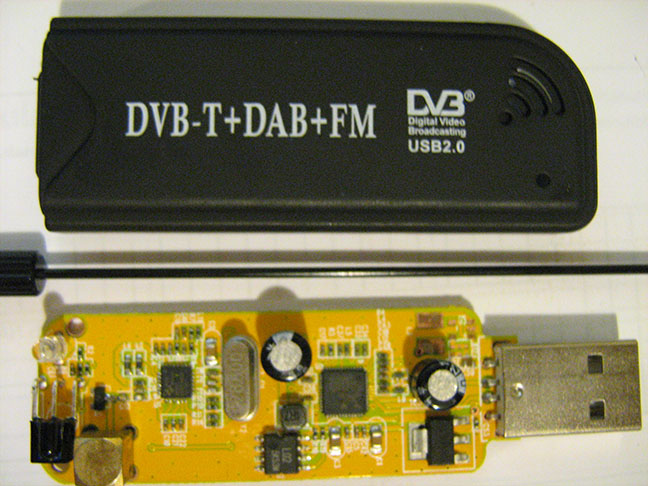 And here is one I found on Superkuh's Blog, which he stated he purchased early 2012. Close up of the two Tuner Chips. It seems this enclosure used to hold a E4000 years ago, and Alibaba vendors are selling them as E4000's, which are more desirable for those wanting to utilise the higher frequencies.

There is a MCX plug on the side, which resulted in a purchase of a MCX to Coaxial adapter that will be arriving soon though some USB models have a RF Coaxial instead.

After the un-boxing, it was time to try out some software.

There are plenty of blogs and pages that go into the details of installing the USB drivers, and setting up SDR# (SDR Sharp), and the add-ons needed for the RTL2832U, and a ton of other plugins. As well as setup for another common entry level SDR package, HDSDR.

While, I am lucky to get a FM signal at all thanks to the mini antenna, I do manage to get the 3 main local FM stations on SDR# Not all too impressive quite yet.

Once the MSX to Coax arrives I'll be able to plug it into the TV Antenna and get a much better signal. and start scanning more frequencies

Getting my hands on a new Server, and before we move the Fusion IO Drives over to the new server on top of a Hyper V layer, where the File System will be stored inside VHD files, I though I would do a few benchmarks as a baseline to compare to on the VM.

Both are at 80% factory capacity (which uses the extra 20% for extra write performance), A.K.A, High Performance Mode. Swap Support is also Enabled.

First the newer, and much larger capacity Fusion IO 2 600GB. 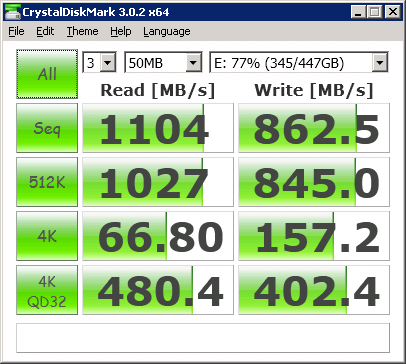 And the earlier Fusion IO 160GB. 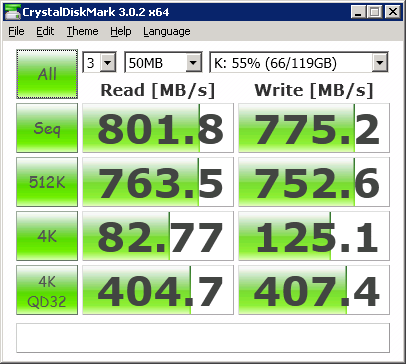 Not a great comparison, but just what happened to be attached to the server. 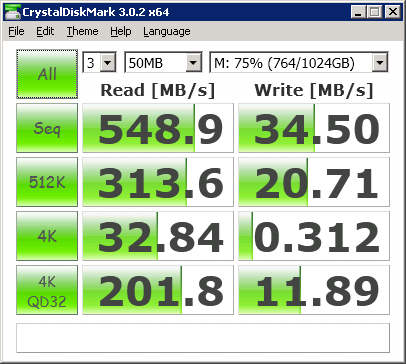 Have had the Fusions for a few years now, and can never go back to anything other than PCI SSD's now I've been spoilt with performance like this.

AMD's Clawhammer AKA the Athlon 64 was the CPU architecture to have in the early 2000's. I still had mine won from Epics Make Something Unreal Competition where our Star Wars themed Total Conversion Mod, UT 2004 Troopers landed a runner up place.

Great thing about old hardware, I landed a great Gigabyte Neocooler 8 Pro Cooler for the long forgotten Socket 754 for $5.50. The guys down at EYO must have had sitting on a shelf or the best part of a decade. As of the date of this post they even had a few more in stock. 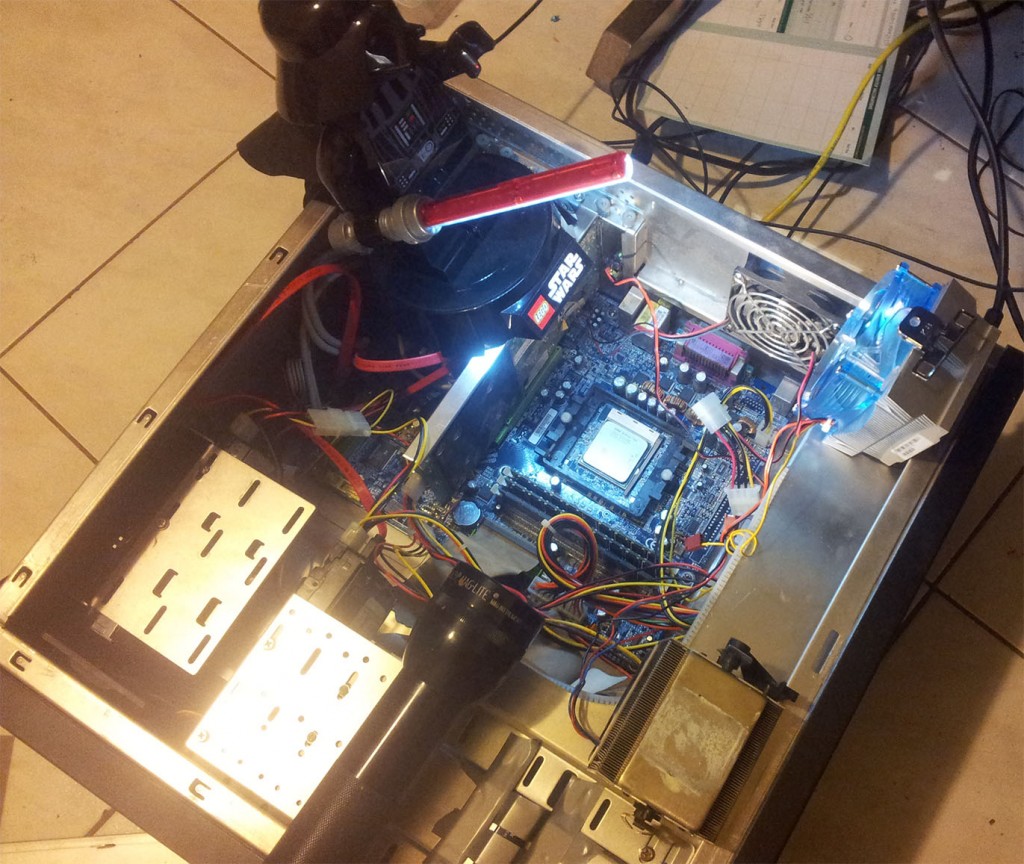 The extra long 7800GS, one of the last hi-end cards made for AGP, powered up fine, though I do remember I overclocked her to squeeze a bit more juice out of her, so she may well be in her last legs.

A few quirks came to light with the old girl. I always thought my days of loading Disk Driver prior to a windows install were long behind me. Not the case with the Gigabyte GA-K8NPro in windows 7. After trying one before, my second attempt of The 64 Bit Silicon Image  Drivers managed to get a drive appearing in the Windows & installation. Zip filenames was 3x12_x64_w7_1.2.15.3_logo.zip for those coming here looking for them.

Next, once the OS was installed, there were constant lockups and freezes that I remember plagued her towards the end of her role as my primary PC. I always chalked it up to Windows rot, though the fresh Win 7 install was showing the same symptoms.

Turned out that disabling the onboard RAID on the Gigabyte GA-K8NPro seemed to be the cause. Every time I left the SATA Raid enabled, and just did not set up a array, as opposed to disabling the RAID (setting to BASE in BIOS), the lockup issues disappeared. The old Silicon Image RAID under the N-Force 150 chipset seemed to be much content in RAID mode, even if powering a single drive.

This beast of yesteryear will now live of at a relatives place until being replaced by something an order of magnitude faster likely at a cost lower than what i payed for the Video card alone.